04.02.11Posted in Personal
Today my friend Jackie and I took a drive to Hollywood to visit the lomography store. Jackie recently received a Diana camera as a gift and wanted to go pick up some film she had developed. I went along as company, moral support and because if she went to a photography store without me I’d probably hassle her (lovingly, of course!).

The Lomography store was pretty neat. I found out they have adapters for the D90 which is really neat but considering I own a couple film cameras, including a TLR, I don’t know why I’d need the adapters for my digital camera. Maybe when I’m working and can afford fun toys.

After the Lomo store we headed to Sunset to have lunch at The Veggie Grill — A vegan eatery. It is very delicious and have been there with several omnivores who said it has good food! I got the Papa’s Portobellow with Sweet Potato fries and an iced tea. It was delectable!

After lunch we walked sunset for awhile taking photos. Here’s Jackie with her lovely Lomo:

We ended our afternoon by heading a few miles down to LA to stop at a Vegan Bakery called Babycakes. While the trip itself was fun we did end up passing the bakery by a few blocks and decided to make a right to come around the block since the store was on the right. We picked the wrong street to turn down. Unfortunately, the street we picked was a sort of homeless colony/skid row-esque street. We wanted to move through as quickly as possible, not for any aversion to homeless people but because there’s no reason to linger, but there were pigeons in the road that we would have had to run over. It’s easy to forget places like that exist when you live outside the city. It absolutely breaks my heart. Hopefully someday soon I can do what I want and work closely with organizations working to help stop homelessness and raise awareness to the inequalities in our country. I digress, once we actually reached the bakery it was a nice small little shop. I bought cupcakes for my aunt, my sister, my friend Jake, Jackie and myself. I haven’t eaten mine yet but they look amazing!

Cupcakes were the end of our trip to the city. It’s not often I go into LA-proper (I live near LA County). I don’t think I have as much animosity as I once had for LA but it is certainly a place that needs some help and some love. 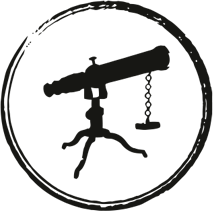